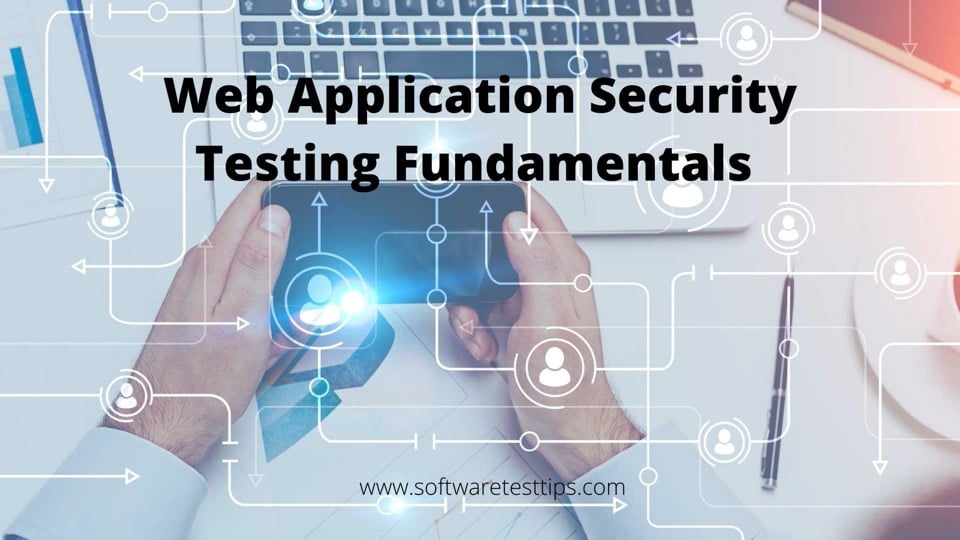 What is security testing?

Security Testing is the process that examines whether the private/classified data stays that way or not, i.e., security testing is useful for making sure that the confidential information of a web application remains undisclosed to individuals/ entities who are not cleared to get that information.

Web applications can be relatively more vulnerable to a malicious organization that tries to breach their security defenses. Therefore extra measures have to be implemented to make your web application free from hackers.

Web security solutions are readily available, but most require significant investment in hardware and software. But there is nothing that can be worth more than the safety of your product.

One other use of security testing is to make sure that the users cannot change the web application’s functionality in an unintended way, etc.

For example, if the users have not subscribed to its premium features, they should be restricted from using them. Security testing makes sure that there is no loophole or trick that can give its premium features for free and make sure its user data and other information are safe.

DAST tools do not require access to the application’s source code; hence DAST is a quick and frequent process. Unlike SAST tools, DAST tools can be viewed as a black-box testing method, where the tester does not have any knowledge about the internal system construction. The tester runs and detects every condition that may potentially lead to a security vulnerability in an application in its running state.

See also  How to Unblock YouTube and Watch Videos Blocked in Your Country?

SAST tools can be thought of as white-box testing since it requires access to the source code. The tester is already aware of the internal system or software being tested, including a structural diagram, access to source code, etc. SAST tools examine source code (at rest) to detect and report weaknesses that can lead to security vulnerabilities.

Source-code analyzers can run on non-compiled code to check for defects such as numerical errors, input validation, race conditions, path traversals, pointers and references, and more. Binary and byte-code analyzers do the same on built and compiled code. Some tools run on source code, some on compiled code only, and some on both.

Application Penetration Testing can be considered as ethical hacking designed to exhibit the effectiveness of an application’s security regulations by highlighting the threats posed by actual exploitable entities.

Since this type of testing requires the human factor, a white-collar hacker will try to simulate how an attacker might get into a web app using their personal security knowledge and several penetration testing tools to find exploitable defects. Nowadays, companies and developers also outsource their web applications to a third party if you do not have the in-house resources.

Automated vulnerability scanners may not be as creative as humans, but manual penetration tests should always be done

Most used methods in security testing

The Web Application’s security testing can be performed by “Password Cracking.” To log in to an application through an existing user’s account, hackers can either guess the user’s password or use a password cracker tool. This is where the password cracking tools come into play; these types of cracking tools, generally open-sourced, lists common usernames and passwords which are automated and used under every enlisted combination.

In order to prevent attacks using password cracking, web applications have to enforce a complex password (which may be a combination of numbers, alphabets, and unique characters) to its users; this will ensure that the password is impossible or will take an unfavorable amount of time to crack.

2.URL Manipulation Through HTTP GET

During security testing, a tester has to check whether the application passes important information in the query string or not. This fallacy happens when the application uses the HTTP GET design to pass information between the server and its client.

Via HTTP GET request, user data is passed through the server for authentication and retrieving data. The attacker can manipulate and modify the input variable passed from this GET request to a server to acquire the essential information or corrupt and crash the site. Under such circumstances, any unusual behavior by application or web server is the doorway for the attacker to get into an application.

Sometimes, user inputs are used in framing SQL Statements, which are then executed by the application on the database. Suppose a web-based application did not handle the SQL correctly. In that case, a malicious user/organization could list unexpected inputs to the application. The users’ ill actions can lead the database to frame and execute SQL statements, i.e., that the hacker can modify the database. This is called SQL Injection; even though it may not seem like it, the results of such an action could be alarming.

The SQL injection attacks are hazardous as an attacker can accept and modify essential information from the server database. For checking the SQL attack entry points, testers have to find out the code from the codebase where MySQL queries are executed on the database by accepting user inputs. Therefore, SQL testing is very critical since an SQL breach can not just steal and modify user data; it can alter the whole web application’s code, too, if applied correctly.

A tester should additionally examine the web application for Cross-site scripting(XSS). Ideally speaking, an application should not accept any HTML. If it is accepting, then the application is prone to an attack by the Cross-Site Scripting method.

See also  How To Install Mods For Fallout 4 On PC

When the web applications get some useful information, they pass this information in some variables from different pages.

The attacker can easily pass some malicious input or <script> as a ‘&query’ parameter, which can explore important user/server data on the browser.