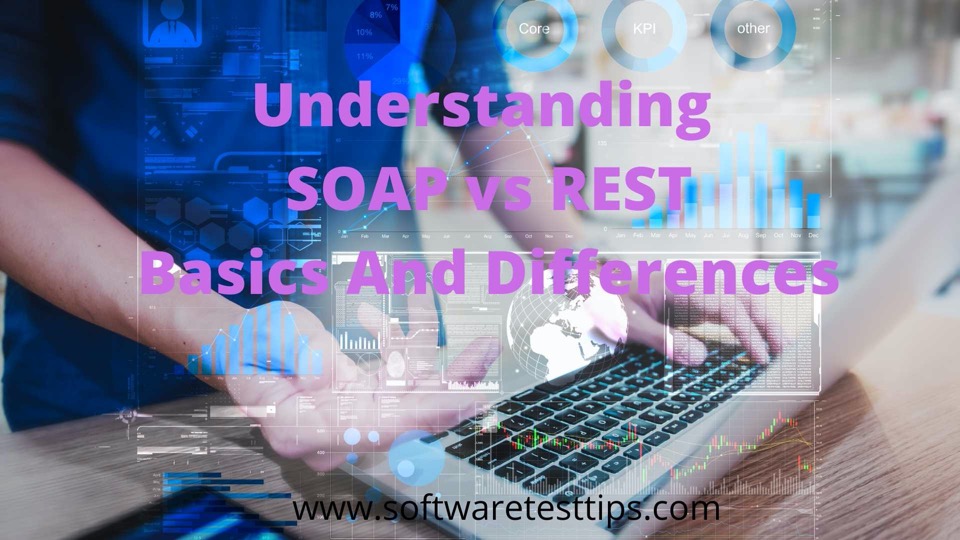 An Application Program Interface (API) enables any two or more software applications to communicate. The communication process involves a server.

How does the API work?

There are web application program interfaces and web service APIs. Generally, you will see the four distinct kinds of web APIs. They are Open APIs, Partner APIs, Internal APIs, and Composite APIs. On the other hand, web service APIs are SOAP, XML-RPC, JSON-RPC, and REST. This article primarily focuses on only SOAP and REST web service APIs and the difference between them.

Before we see the differences between the SOAP and the REST APIs, we shall know precisely what SOAP and REST mean.

What is SOAP API Protocol?

Simple Object Access Protocol is the full form of the SOAP protocol. It is a protocol used in messaging or communication, specially developed for Microsoft. The primary objectives of the SOAP API Protocol are to offer extensibility, verbosity, independence, and neutrality.

As mentioned above, the SOAP Protocol offers three significant objectives, extensibility, neutrality, and independence. The extensibility of the SOAP API implies security and WS-Addressing. Another objective neutrality means the SOAP protocol can work with any protocol, like SMTP, TCP, UDP, or HTTP. Lastly, independence refers to the idea of allowing any programming model to work with SOAP protocol.

The SOAP API Protocol relies on the XML protocol for the message transmission and has the three significant segments:

The message in the SOAP API Protocol is represented in an XML document. It consists of four different elements, envelope, header, body, and fault. An envelope finds the XML document as a message in the SOAP Protocol. The header of the message includes header data, and the body involves procedure calls and response information. Lastly, the fault segment offers all information about the different kinds of errors occurring during message processing.

What is the REST API?

We have seen the SOAP API Protocol and REST architectural style of web API service. Let us now focus on the difference between SOAP vs REST web API services. The following section will provide detailed information about SOAP Vs. REST API services.

When should you use REST?

There are four specific instances where you should REST. They are explained as follows:

When should you use SOAP?

Let us know the advantages of using these two web API services, SOAP and REST services.

There are two significant challenges in the SOAP web API service, WSDL file and document size. The application program interface includes client and server. Browsers offer an application program interface on the client-side, whereas the web service provides API on the server-side. The web service used on the server-side can be SOAP or REST services. Let us now know the two challenges in the SOAP API in detail.

Web Services Description Language is the full form of WSDL. The WSDL is an XML-based language that provides information about the web service functionalities. This file includes information as follows:

The WSDL file also contains all data types of a particular SOAP message.

The SOAP message is quite heavy and lengthy. So, the message size of SOAP is another significant challenge in the SOAP web API service. In many circumstances, there may be a bandwidth constraint. Therefore, transferring SOAP messages from the client to the server is one of the biggest problems.

You can notice two significant challenges in the REST architectural style. These two challenges are lack of security and lack of state.

The security in REST is less than the SOAP API. It is not suitable for the transmission of any confidential data between the client and the server. However, it is best suited for only public URLs. So, the security of REST is one of the significant issues. Using the REST API for web services is not feasible due to a lack of security.

We have discussed that REST is used when there are stateless operations. Hence, a lack of state is another primary challenge in the REST web API service. We have seen an example of the shopping website, which needs a stateful operation. Products added to the cart are required on the payment page before buying them.

Which web API service is more secure – REST or SOAP?

SOAP and REST web API services are used these days widely. The SOAP API is commonly utilized in enterprises to ensure high-end security and protect confidential data while transferring between the client and the server. SOAP and REST APIs use the same HTTP request and response protocol for exposing data, but they work differently to implement security standards.

The SOAP API is more secure than the REST API. It offers high-level standardization and security. Though REST and SOAP web API services use the same HTTP protocol, the SOAP API incorporates additional WS-security. Hence, the SOAP API is highly recommended to use in enterprises.

If you need to develop a project that involves confidential information, the SOAP API is the best web service. For example, you can use SOAP in banking, finance, etc. There is no need to use SOAP for developing mobile applications, like weather, as it does not require any private data.

Which web API service is faster – REST or SOAP?

The REST API is stateless. Hence, it is faster and quicker than the SOAP API. In the REST API, each verb is processed individually. REST uses the JSON object to find or traverse any field of a particular record present in the document.

What is JSON? JSON implies JavaScript Object Notation. The significant advantage of using JSON is it is independent of language. It holds data that humans understand, like array types of data attribute-value pair data, etc.

We know that REST processes each verb individually. But, what is a verb in REST? A verb is a specific method that is used for executing several kinds of requests. There are several verbs, like POST, PUT, DELETE, CUSTOM, PATCH.

The following are some powerful remote access techniques used in REST and SOAP APIs:

Remote Procedure Call (RPC) is a commonly used remote access technique in REST and SOAP APIs. This remote technique is usually used in the client-server model and is referred to as a subroutine call or function call.

Distributed Component Object Model (DCOM) was typically used remote access techniques in the REST architectural style and SOAP protocol. It is a Microsoft technology developed for establishing communication between systems or software segments. Earlier, the DCOM technique was referred to as Network OLE.

The DCOM and CORBA techniques are quite similar, as both methods offer various distributed services. Any enterprise can use the DCOM technique within its private network. Also, it can work with several other networks. The protocols used by the DCOM technique are the HTTP Protocol and TCP/IP.

One of the pros of using the DCOM technique is supporting distributed shared memory management by providing interfaces. Further, it provides location transparency. Alternatively, there is no need for the client to know the component’s location.

Java Remote Method Invocation (Java RMI) is a specially developed technique for Java Application Program Interface. It is compatible with working with only the Java Virtual Machine (JVM). Therefore, working with only JVM was the most significant limitation of the Java RMI technique.

Later, we have gone through primary differences between the SOAP API and the REST API. The SOAP API is a protocol, whereas the REST API is an architectural style. Next, we covered some specific instances of using SOAP and REST APIs. In both the web API services, there are particular challenges.

The SOAP API is more secure than the REST API, as it utilizes WS-Security, along with the HTTP protocol. On the contrary, the REST API is faster than the SOAP API because of JSON’s use. Lastly, we stated some commonly used remote access methods in REST and SOAP wen API service.