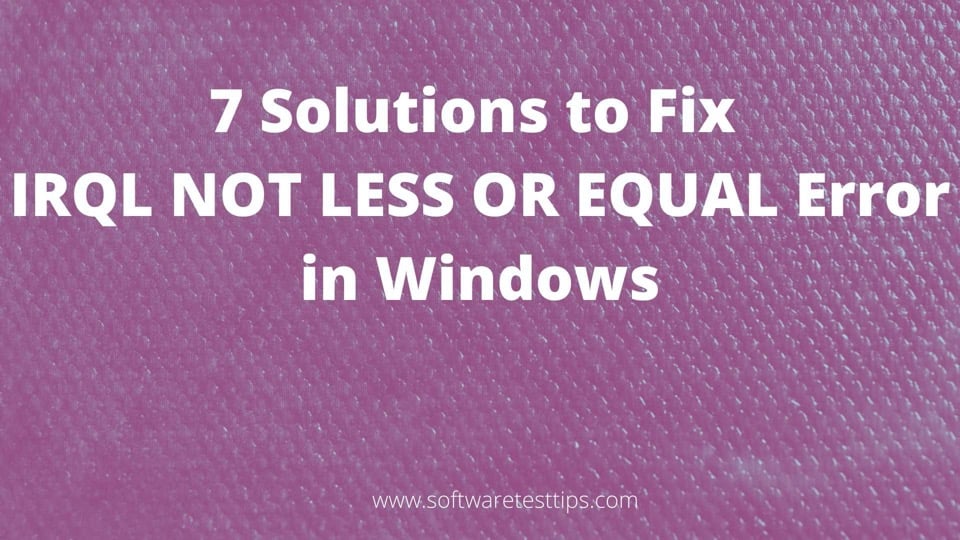 If you come across it, it means you are unable to use your device and must resolve the issue before returning to your regular activities.

A broad range of issues can trigger the stop code, beginning with system drivers, memory, and antivirus software. It’s often followed by the ntoskrnl.exe system file, indicating that the kernel image is corrupt.

What does the error message “Driver IRQL_not_less_or_equal” mean?

This computer’s device message is a hardware error message from Windows. It often happens when the hard disc refuses to start for any reason or when the machine abruptly shuts down in the middle of a task. Regrettably, the causes can be numerous and varied. The error ‘driver IRQL not less or equal’ can also occur during the installation of Windows.

The error driver BSOD  “IRQL not less or equal,” on the other hand, is widespread, especially when gaming or when high performance is needed. This stop code typically indicates a dispute between two or more hardware devices in the current driver.

A driver attempting to access/write to a read-only RAM allocation or a location not allocated to the computer, or a memory allocation being accessed by more than one driver at the same time, may trigger this conflict to access a memory address unit (RAM). It will cause the machine to “panic” and dump all of its memory, resulting in a BSOD and a reboot of your PC.

BSOD, IRQL not less or equal error is caused by a dispute between defective, obsolete, or corrupt/faulty drivers. The GPU drivers and the mouse, keyboard, gamepad, or other game controller drivers usually are to blame in games.

This error is caused by these drivers denying activity to another driver or altering feedback from other drivers. It could be caused by faulty Ethernet or wireless drivers if you’re playing an online game.

Overclocked and overloaded PCs are also prone to this BSOD mistake. It can be caused by programs like MSI Afterburner, which causes voltage and RAM frequency to fluctuate. A defective RAM may also be the source of the mistake, necessitating its replacement.

See also  12 Fixes to 'Getting Windows Ready' Stuck in Windows

It’s a good idea to create a device restore point before attempting to patch any BSOD error messages on your computer. It’s a never-failing feature that allows you to undo OS changes if anything goes wrong.

On Windows computers, outdated and incompatible drivers will result in BSOD errors, including the IRQL NOT LESS OR EQUAL stop code. You can, however, correct this by testing and upgrading your drivers.

Proceed to the below-mentioned steps to update or reinstall systems’ drivers.

3. Antivirus Software Should Be Disabled Or Uninstalled

Third-party antivirus tools’ real-time engines can interfere with the Windows runtime and kernel picture, resulting in the IRQL NOT LESS OR EQUAL error. Simply disable the real-time safeguard or turn off your antimalware program to resolve the problem.

If you have multiple antivirus programs installed, each with its own real-time engine, they can conflict, resulting in system instability.

Uninstalling any unused protection applications from your laptop is also a smart idea. Then reboot your personal computer to see if the dreaded BSOD error message persists.

If you haven’t installed a third-party antivirus solution on Windows 10, you’ll need to configure Defender.

Here’s how to switch off Windows Defender for a while:

4. The Network Adapter Should Be Modified Or Reinstalled

This windows 10 blue screen error can also be caused by corrupted network adapter drivers. To solve your dilemma, try uninstalling the network drivers and then install them again.

Before installing any driver or software, make sure to enter your system in safe mode. Safe mode restores the system to last healthy status.

The machine or computer connected with the cache would be handicapped if the cache was disabled or deleted, and would have to go back to the source of the data that would otherwise be cached on a disc or out on the network. A data transfer that could happen hundreds of times per second could take several seconds.

Write caching will often trigger the driver IRQL not less or equal error on your device. As a result, you must disable it to resolve the issue.

Your RAM card might be causing problems for your machine. As a result, Blue Screen of Death errors, such as IRQL NOT LESS OR EQUAL, may appear on Windows 10.

Here’s How To Use The Built-in Tool In Windows 10 For This Purpose:

Although the BSOD that appears after an IRQL error is frightening, it is not without hope. There are various reasons why the IRQL error occurs, including memory, software, and hardware issues.

Both of these issues, on the other hand, can be resolved by following the steps below: upgrading the operating system, updating the drivers, uninstalling network drivers, uninstalling malware, using the Windows memory debugging tool, removing unused equipment, cooling the machine, testing for hardware problems, and finally, resetting the computer.

What does IRQL not less or equal mean?

The IRQL error is a memory-related error when a device or driver tries to access a memory address without the correct permissions.
It., in turn, can be set off by any of the following factors:
Installation of software that is incorrect
Device files that are corrupt
Hardware that is defective
Unit drivers that are incompatible
A downgrade to a lower Windows edition, such as from Windows 7 to Windows Vista.

Is the Blue Screen of Death self-healing?

After a BSOD mistake, the machine is unable to repair itself. To fix Blue Screen of Death crashes, you must restart your computer. In reality, most BSOD error messages would instruct you to restart your machine in order to correct the error or perform some troubleshooting procedures.

How do I fix the Windows 10 blue screen of death?

Your machine should be restarted. When the boot options list screen appears, select “Last Known Good Configuration (Advanced)” before the Windows 10 logo appears, but before the BIOS screen (the screen with your manufacturer logo and. device information). Enter the code.

What is NDIS.Sys, and how does it work?

The Windows operating system’s Ndis.Sys file is an important system file. By default, it is stored in the C: WindowsSystem32drivers path and serves as a repository for system driver settings that are used to communicate between Windows and connected devices/hardware. 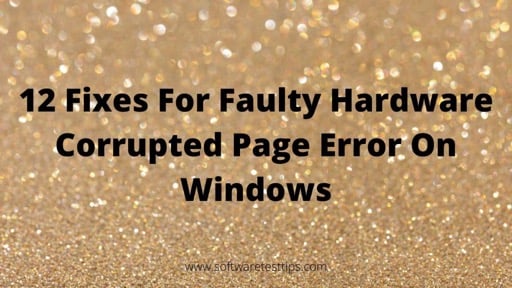 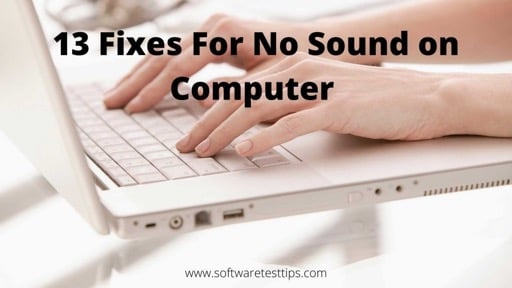 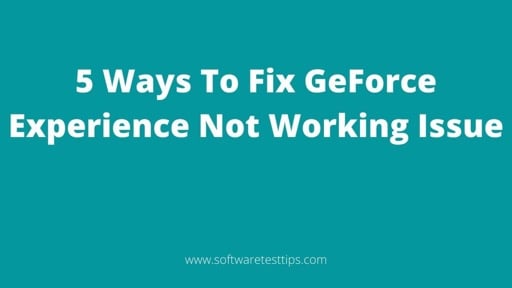