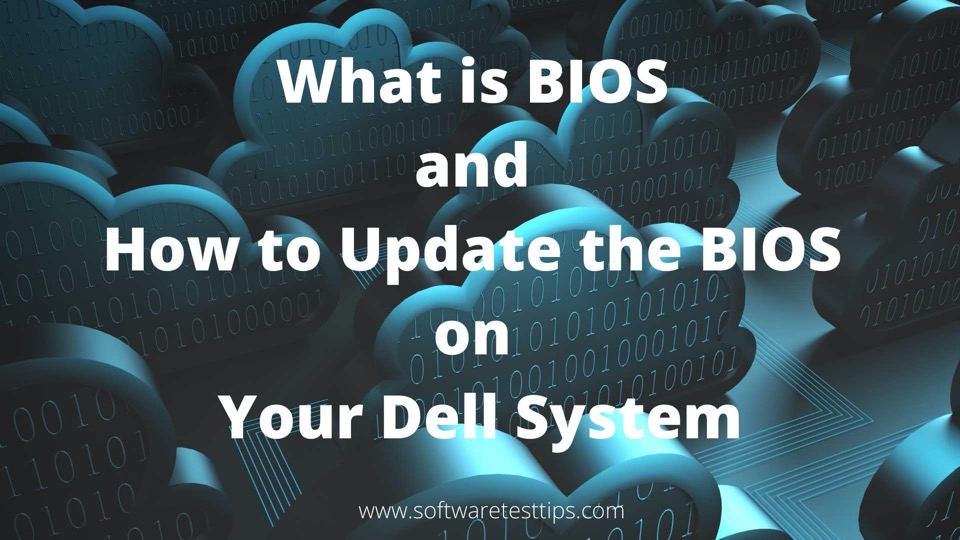 The BIOS (pronounced BYE-OSS) stands for Basic Input/Output System, and it is a ROM chip found on motherboards that enable users to access and set up their computer platform at the most basic level. The image below shows what a BIOS chip on a computer motherboard could look like. The BIOS shown is an early AMI-BIOS, which is a form of BIOS made by AMI.

It is a set of steps that tells the machine how to do things like boot from a network or a hard drive or which drive to boot from.

A computer’s BIOS is often used to define and customize hardware components. Hard drives, floppy drives, optical drives, processors, memory, and Plug-and-Play devices are among them. It is known as the ESCD, and it is stored in non-volatile memory known as Non-Volatile Random Access Memory (NVRAM).

As technology has progressed, people have continued to refer to the BIOS as both CMOS and NVRAM. The BIOS and its settings are stored in the CMOS, while the ESCD is stored in the NVRAM, so updating the BIOS does not clear the NVRAM.

The Dell BIOS should be updated as part of your regular update file period, according to Dell. The BIOS can be updated to fix bugs, add functionality, or do both. BIOS updates include feature upgrades or improvements that help keep the system software up to date and consistent with other system modules (hardware, firmware, drivers, and software) and security updates, and improved reliability.

Caution: When changing BIOS settings, be cautious. The BIOS GUI is intended for advanced users; you can adjust a setting that might prevent your device from starting correctly, resulting in data loss.

Once you’ve determined that you need a BIOS update through the operating system method, navigate to the Dell support page and get the latest version.

How do I update BIOS using a USB flash drive?

If you can’t log into a device but still need to update the BIOS version, you’ll need to load from your Flash drive. To continue, make sure the USB is selected in the correct boot order. To find out what BIOS version is currently installed on your target device, turn it on and keep pressing F2 until the BIOS setup appears. Next to BIOS Revision, you’ll see your BIOS edition.

This article explains many methods for determining the BIOS edition. You should check the manufacturer’s website to see the new update once you have the original version.

The Registry stores almost everything in Windows, and the version of the BIOS is no exception. To get started, type in the following key:

Another simple way to decide your BIOS version without having to restart your personal computer is to open a command prompt and put the following command:

The BIOS version number will be shown, and that’s all there is to it. However, there are a few more commands that will provide you with additional information.

Simply restarting your machine is another way to find out what BIOS version it has. When you first turn on your screen, some computers, such as Dell’s, show the BIOS version number.

If not, press F12, DEL, F10, or F12 to access the BIOS setup when it appears during initialization. Some device manufacturers can use a different key to access configuration, but the instructions will generally tell you which one to use.

Since every computer manufacturer’s BIOS GUI is different, you’ll have to look around before finding BIOS Revision or BIOS Version.

You won’t be disallowed to press any keys during startup if you’re using a newer device running Windows 8 with UEFI instead of the standard BIOS. You’ll need to boot to the System Recovery Options screen in those situations. Click Troubleshoot and then Advanced Options once you’re there.

Updating your BIOS can only be done if necessary and with extreme caution. A failed BIOS update will completely brick your machine, forcing you to pay a significant amount of money to get it fixed.

For updating the BIOS, each motherboard manufacturer has its own set of resources. Some updates are available directly from the system BIOS, while others need you to boot from a USB drive and flash the BIOS that way.

What is the essence of updating the BIOS?

BIOS updates will address issues with your computer hardware that aren’t solved by drivers or an operating system update. You should think of a BIOS update as a hardware update rather than a software update.

Is it safe to change the BIOS on a Dell computer?

Dell offers a self-installing upgrade kit that is easy to use. Caution: Always backup your data before updating the BIOS, as a mistake could result in data loss.

What are the cons of updating the BIOS?

BIOS updates will not make your device faster, may not add new features that you need, and may even cause problems. Just update your BIOS if the new version includes a part that you need.

Is it essential to update PC BIOS?

Generally speaking, you shouldn’t have to refresh your BIOS very often. Installing (or “flashing”) a new BIOS is riskier than upgrading a basic Windows application because if something goes bad during the process, the machine might be bricked.