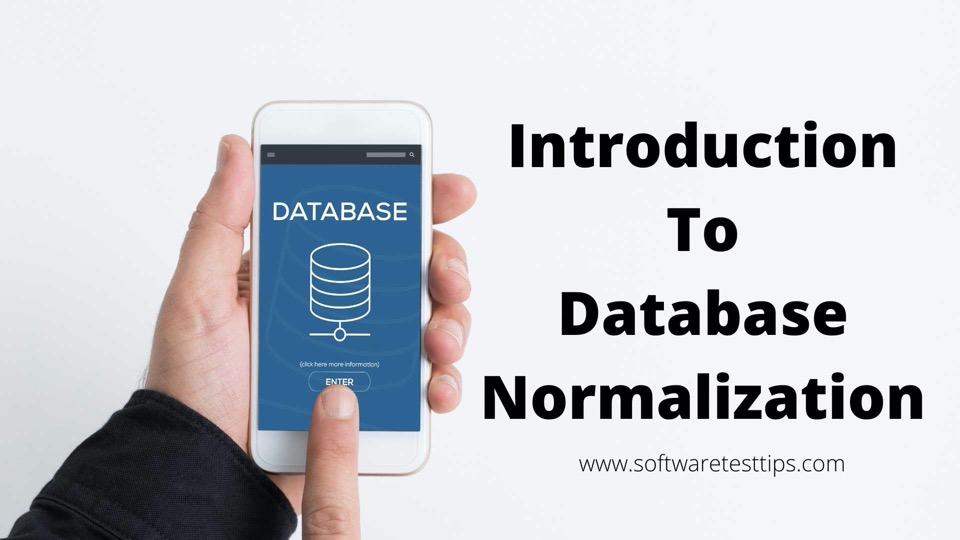 What is Database Normalization?

The database normalization process eliminates data redundancy and enhances data integrity. Data redundancy implies repetitive data. It occupies a larger space in the disk and results in wastage of disk memory. If the data in one single place is modified, it has to be changed in all locations wherever it is present. Hence, having redundant and repetitive data in the database tables is not feasible.

Another term, data integrity, means completeness and consistency of data. The database data must be accurate and meaningful. So, to ensure data integrity and non-repetitiveness, database normalization is employed.

Along with eliminating data redundancy and enhancing data integrity, the database normalization process eliminates various database anomalies, like insertion, deletion, and update as well. An anomaly in the database weakens data integrity.

The normalization’s primary objective is to divide larger tables or relations in the database into smaller ones and introduce the relationship between them. Each table or relation should have single attribute values, called atomic values. The database table should have only the relatable data and not any other irrelevant data.

When you normalize the database, make sure you attain the following objectives:

In a database management system (DBMS), there are three different kinds of anomalies, namely, insertion, deletion, and update. These three anomalies affect the data integrity principle.

Let us discuss each of the three anomalies. But, let us first consider a relation or table Employee. It has four attributes, Emp_ID, Emp_Name, Emp_Add, and Ep_Dept, that store employees’ data.

The insert anomaly does not allow users to add any new data into the database. This is due to the absence of some specific data. Consider the above Employee relation. If any new employee is joining the company, and no department is assigned to him or her, that particular employee’s data cannot be inserted into the table. This is because we cannot insert NULL into the Emp_Dept.

Another anomaly is the deletion anomaly. In this circumstance, deleting data would not be feasible as it may result in data loss. Consider the above Employee table. Suppose the department D08 closes, the data related to Sammy would be deleted from the Employee table. Hence, the company will lose Sammy’s data as he works in only one department.

An update anomaly is another element that produces data inconsistency. We take an example of the Employee table to understand an update anomaly. Consider the employee John, who works in D01 and D022 departments. If you wish to modify John’s address, you need to update both rows of D01 and D022; it can harm the data integrity principle. If the address is changed in one row and the other row remains the same as the previous one, it ends in an update anomaly.

The keys in the database play a vital role in identifying the data present in it. Using keys, you can find any data from the table quickly and easily. The large tables are divided into smaller ones, and keys are used to connect the smaller tables.

Let us see the different types of keys used in the DBMS.

The primary key is an attribute of the table that identifies any row or tuple uniquely. You must choose the primary key that will uniquely find any data from the table.

Consider a relation Employee. It has attributes like Emp_ID, Emp_Name, Emp_Add, Passport_Number, and License_Number. The primary key of the Employee relation will be the Emp_ID, as it will uniquely identify every employee’s data. Additionally, the Passport_Number and License_Number can also serve as primary keys as they are unique for every employee.

The candidate key of any table is a set of minimal attributes and can identify any row uniquely in the relation. There can be single or more candidate keys for a single relation.

Consider the above relation of Employee. We saw that the primary key is the Emp_ID, which is unique and non-repetitive for every employee. The other two attributes, Passport_Number and License_Number, are also non-repetitive. So, they both can serve as candidate keys.

We shall use the same Employee relation to have a clear idea about the super key. The Emp_ID attribute can uniquely find out any employee’s data. The Emp_Name attribute cannot be used as the primary key, as two employees can have the same name. But, the combination of the Emp_ID and Emp_Name can find employee’s data uniquely. So, (Epm_ID, Emp_Name) serves as super keys for the Employee relation.

The Passprt_Number and License_Number are also super keys of the Employee relation.

We shall look at the simple example to understand the foreign key concept. Let us take the example of employees in the company. Every employee is assigned to different departments. Hence, we use two relations, Employee and Department.

Functional Dependencies in the Database

For example, consider two columns, A and B, of the same table. The functional dependency exists between A and B only if column A uniquely finds column B. It is represented as A -> B and is read out as B is functionally dependent on A. You can refer to A as a determinant and B as a dependent.

Consider two attributes, A and B, of the same relation. The trivial functional dependency holds only if B is the subset of A.

If P intersection Q is NULL, then it is complete non-trivial functional dependency.

Consider the three columns of the Employee relation, Emp_ID, Emp_Name, and Emp_Add.

The above dependency is a non-trivial functional dependency, as Emp_Name is not the subset of Emp_ID.

Hence, if we know the student’s ID, we can find out his or her age.

To satisfy the multi-valued dependency, there should be a minimum of three attributes in the relation. For example, R(X, Y, Z). If there is a multivalued functional dependency between X and Y, then Y and Z attributes should be independent of each other.

Consider a relation R having A, B, C, and D attributes. The relation R is decomposed into the other two relations, R1 and R2, where R1 has A, B, and C attributes, and R2 has C and D attributes. If we join R1 and R2 using the common attribute, C, and the resulting relation is the same as that of the R, then the join dependency exists.

The join dependency is said to be lossless if the relation’s attributes resulting after the join are the same as the attributes in R.

The above Employee1 relation is in the first normal form, as every attribute has a single value.

You can have a clear idea about the second normal form after looking at the example below.

Consider a Teacher relation having Teacher_Id, Subject, and Teacher_Age as attributes. The table is as follows:

After looking at the above relation, we can conclude that the table complies with the first normal form of database normalization. Every attribute is single-valued. But, it is not in the second normal form. We can identify any teacher’s age only through the Teacher_ID attribute. As Teacher_Age is a non-prime attribute and Teacher_ID is the proper subset of the candidate key, it breaks the 2NF rule.

To make the above relation in the second normal form, we need to break it into two tables as follows:

The above two relations are in the second normal form.

You can also define the third normal form of database normalization as the table should be in the 2NF and the functional dependency X -> Y should follow any one of the following conditions:

We shall see how the table complies with the third normal form. Consider an Employee relation having Emp_ID, Emp_Name, Emp_Zip, Emp_State, Emp_City, and Emp_District. This relation is represented as follows:

You can see that the three attributes, Emp_State, Emp_City, and Emp_District, are functionally dependent on the Emp_Zip attribute. We can find the zip number using the Emp_ID attribute. Hence, Emp_Zip is dependent on Emp_ID.

The three attributes, Emp_State, Emp_City, and Emp_District, are non-prime attributes. They are indirectly dependent on the Emp_ID attribute, which breaks 3NF rules. To make the Employee relation comply with the third normal form (3NF), we need to break the table into smaller tables as below:

The above two tables are in the third normal form.

The Boyce Codd Normal form of the database normalization is an extended version of the 3NF. It is referred to as the 3.5NF. Any table or relation complies with the BCNF if it holds the following conditions:

You can clearly understand the BCNF concept through an example of employees working in multiple companies’ departments. Consider an Employee relation having Emp_ID, Emp_Nationality, Emp_Department, Dept_Type, No_of_Employees as attributes. The relation holds the following values:

The candidate for the above relation is {Emp_ID, Emp_Dept}. Neither the single Emp_ID attribute can provide the department information, nor the Emp_Dept can determine the employee information. So, the above relation does not comply with the BCNF. To make the above table in BCNF, divide it into three tables as follows:

Here, Emp_ID is the candidate key. The functional dependency is Emp_ID -> Emp_Nationality. Hence, it is in the BCNF.

Here, Emp_Dept is the candidate key, and the functional dependency is {Emp_Dept -> Dept_Type, No_of_Employees}. Therefore, the above relation also complies with BCNF.

For this relation, Emp_ID and Emp_Dept, both are the candidate keys.

We have seen the multi-valued dependency in the above section. The table is said to be in the fourth normal form if it holds all the below conditions:

The above two relations are in the fourth normal form.

To understand the fifth normal form concept, we shall see an example of the Faculty relation.

All the above three relations are in the fifth normal form.

Keys are the primary elements in the database. They allow users to retrieve data quickly and efficiently. We covered types of keys, primary key, candidate key, super key, foreign key, and composite key. 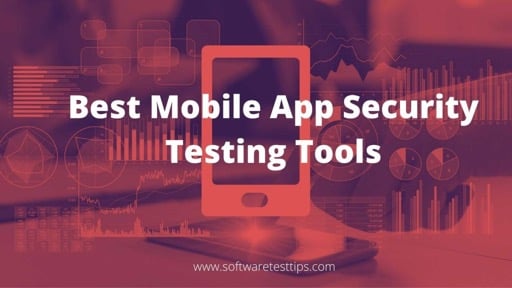 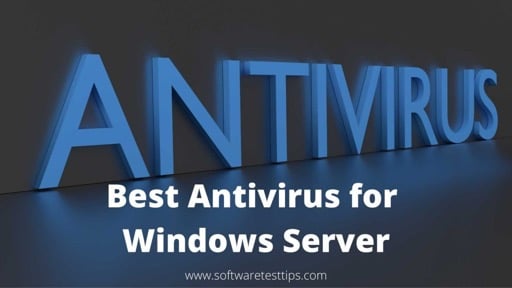 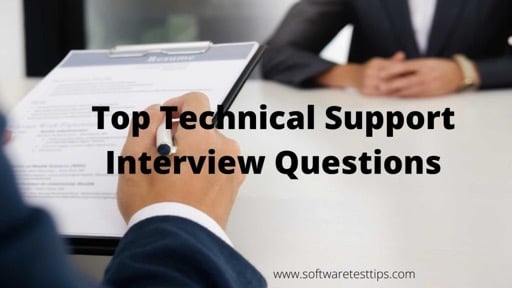 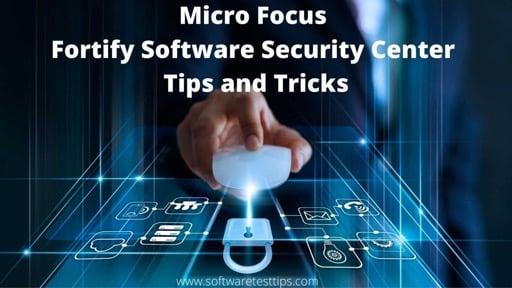 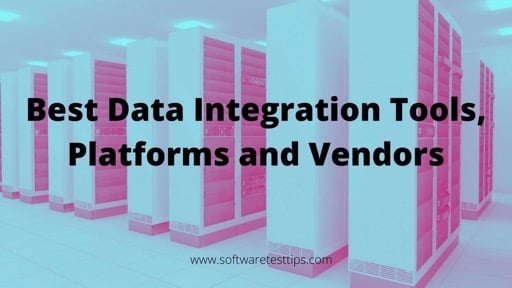 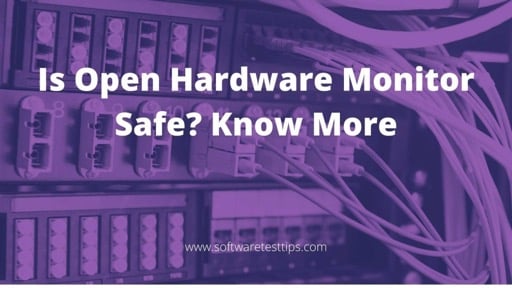