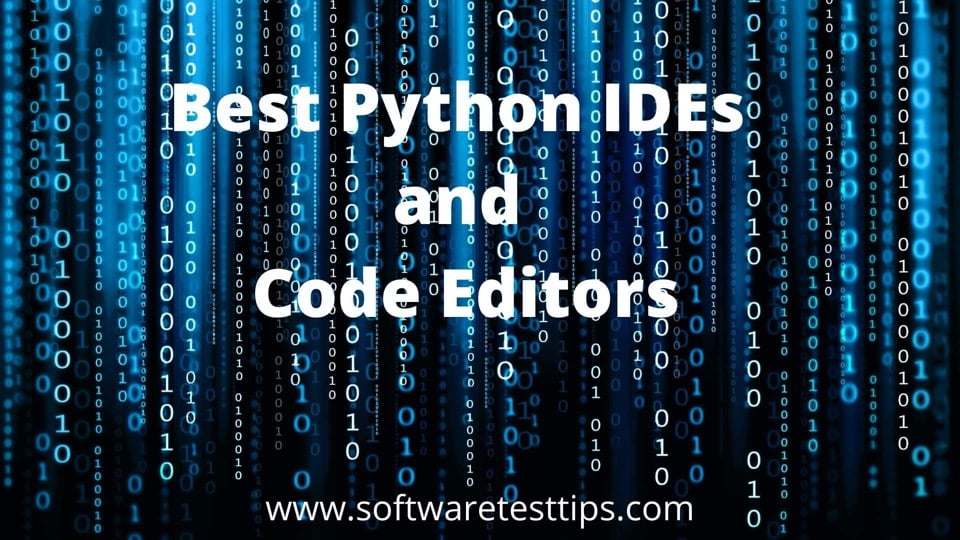 Since the creation of Python, it has rapidly emerged into a distinguished programming language. Python is full of more great features such as its simplicity, having a gigantic collection of packages and libraries. In the programmer’s point of view, the first point of contact with any programming language is a Code Editor or an IDE. This article will provide you with the best Python IDEs and Code Editors.

Python is one of the most famous high-end programming languages developed in 1991. The prime use of Python is server-side web development, development of software, maths, scripting, and artificial intelligence. One of the most crucial and pivotal steps in the journey ahead is making its selection.

What is meant by the Integrated Development Environment?

This IDE has a positive effect on all the developers since it reduces the manual efforts and associates all the equipment in a standard groundwork. Along with this, besides IDE some of the developers prefer Code editors. This article should help you to select from the currently available best Python IDEs and Code Editors.

Difference Between IDE and Text Editor

Free or Paid – PyCharm consists of both free and paid versions. $199 – For First Year

Features– Jetbrains have developed it. Moreover, PyCharm is a very much extensive and also Python-specific IDE.

PyCharm is the combination of all the Python tools in a place. It offers:

It is an IDE that is used for the development of Python. The size is linear. The prime focus is on the refactoring of python code, debugging in the graphic pattern, analysis of code, etc. And most importantly, it is a strong python interpreter.

It is very much famous for the development of Python. It was primarily developed for scientists and engineers to provide a robust scientific environment for Python. Along with this, it also offers an advanced level of edit, debug, and data exploration features. It is very expandable and has a sound plugin system and API.

Since SPYDER uses PYQT, a developer can also use it as an extension. And most importantly, it is a powerful IDE.

The wing is also a famous and powerful IDE with lots of excellent features that the developers need for the development of Python.

Along with this, it also comes up with a robust debugger and smart editor, which makes the interactive Python development speed, accurate or specific. It also provides a trial version for the developers to have a taste on its exciting and powerful features.

IDLE is an IDE that is written in Python, and it is integrated with specific languages. It is proven to be the best IDE for Python. IDLE is a very simple and primary IDE mainly used by beginner-level developers who want to practice on python development. It is also a cross-platform that helps the trainee developers a lot, but it is also called a disposable IDE as a developer moves to a more advanced IDE after learning the basics.

Sublime Text is a very famous cross-platform text editor that was developed on C++ and Python, and it also has a Python API.

Sublime Text is developed in such a manner that many other programming and markup languages can be supported.

Description: It is a code editor that has been developed by Microsoft. Besides this, it has many premium features, it has a straightforward and easy UX, and it is also easy to install new extensions.

Visual Studio Code is very much expandable, and it also has that provision to add more features and connect to additional services.

This Atom is a free source code editor and is a desktop application that is built through a web technology having plugin support. It is developed in Node.js.

This source code editor is based on atom shells which are a groundwork that helps to achieve cross-platform functionality. One of the best things is that it can also be used as an Integrated Development Environment.