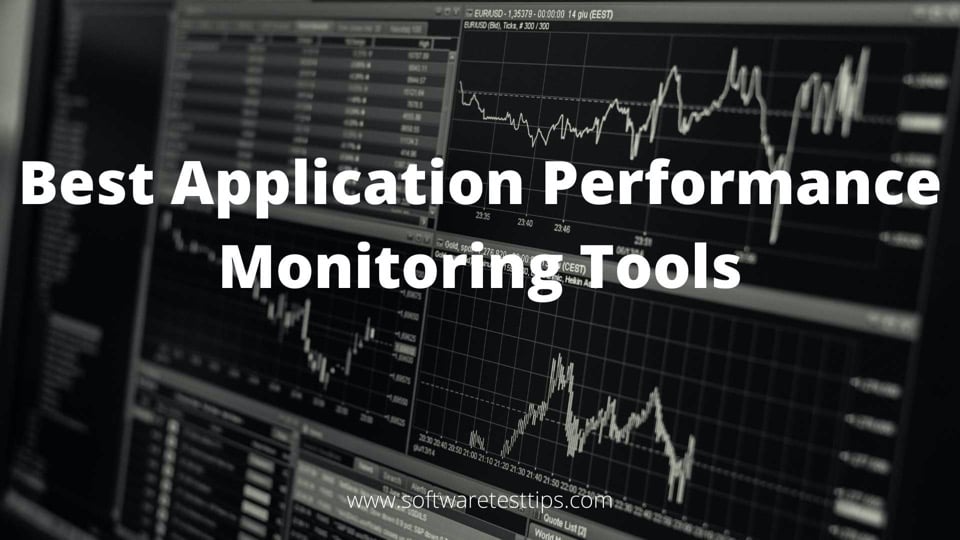 Application Performance Monitoring applications are extensively used today by I&O leaders as they are easy to use and are automated.

This article has included the 15 best Application Performance Monitoring tools from various vendors after intensive research about their features.

What is an Application Performance Monitoring tool?

1. Front-end monitoring – It is an element of Digital Experience Monitoring (DEM) applied in availability and performance monitoring.

Cisco is a well-known IT firm based in San Jose, California. This tech giant became a leader in Application Performance Monitoring software after it acquired AppDynamics in 2017.

IPO and Digital Business Analytics product of Dynatrace helped the company increase visibility in the market, allowing it to offer business analytics, IT infrastructure monitoring (ITM), DEM, AIOps in addition to Application Performance Management or Monitoring.

By focusing its sales efforts on 15,000 large global enterprises and technology-focused small and midsize businesses (SMBs), the company could garner revenue between $250 Million and $500 Million in 2019 for Application Performance Monitoring Suites.

This San Francisco, California based public PAM provider has been offering the best APM tools since 2008 and was the first company to offer a SaaS only model in Application Performance Management or Monitoring.

New Relic launched the New relic One platform in September 2019, combining all product capabilities in a single UI. It can provide users with context across technologies and products.

With the New Relic One platform, users can ingest data from any source and develop their own applications, creating customized environments across various domains and combining data.

The company could garner revenues between $500 million and $750 million from Application Performance Management or Monitoring sales in 2019.

READ  What is Robotic Process Automation?

Based in San Jose, California, Broadcom is a leading Application Performance Management software or Monitoring software company in the market after acquiring CA Technologies in November 2018.

Broadcom’s Enterprise Software Division’s AIOps solutions are a key component of the company’s offerings to its users, such as DX SaaS and DX Application Performance Management tools that can be used for SaaS capabilities deployments as well as on-premises.

If users see the roadmap of Broadcom, they can find that it is centered around DevOps automation, AIOps unifying platform across domains, and predictive code level analytics.

Broadcom application offers its customers one to five years unlimited Enterprise Software Division Portfolio access or specific segments access depending on the type of contract and Portfolio Licensing Agreement (PLA).

headquartered in Redmond, Microsoft is a public company that has been offering Performance monitoring solutions since 2012.

Microsoft applications support various other environments and languages such as Go, Linux, Node.js, Python, Java, .Net, etc. However, the applications are optimized only for .net core and windows operating systems.

The offering is optimized for Windows and .NET; Java, Go, Linux operating systems, Node, Python, and various other environments and languages are also supported.

The company in 2019 was able to generate between $100 million and $250 million from sales of Performance monitoring suites.

Splunk is a San Francisco, California-based public company founded in 2003 that entered the Performance monitoring market after acquiring SignalFx in October 2019.

This SaaS-only performance monitoring and infrastructure application are focused on cloud-native environments extending Splunk’s “Data-to-Everything platform” that offers a DevOps persona and a wide variety of IT operations solutions as VictorOps, Splunk App for infrastructure and phantom for automation, and IT Service Intelligence.

Splunk aims to provide customers with technologies to modernize the monolithic applications into cloud environments and an observability solution for modern cloud-native environments core of which is provided by SignalFx by open-source agents such as Open Tracing and OpenTelemetry.

Sales of Splunk’s performance monitoring suites in 2019 were estimated to have generated revenue between $250 million and $500 million.

Datadog is a few vendors that offer single-agent architecture for events, traces, and metrics with solutions built on a common data model application that enables AI and ML analytics, event correlation, RCA, and anomaly detection.

Datadog supports open source such as OpenMetrics and OpenTracing and provides support for both client-side and server-side filtering.

With sales investments ramping up globally and revenue around $50 Million in 2019, Datadog grows a network of channel partners, technical support, and professional services for large enterprises.

Riverbed is a private company with headquarters in San Francisco, California, since 2007 has been offering Application monitoring products.

Riverbed’s new subsidiary Aternity, created in January 2020 and based in Cambridge, Massachusetts, offers agent-based bytecode instrumentation and focuses on AppInternals, APM, and DEM product lines end-user experiences products that can be deployed on on-premises or SaaS.

Aternity derived a revenue between $100 million and $250 million in 2019 from application monitoring suites sales.

Starting in 1911, IBM is headquartered in Armonk, New York, and has been a part of the application monitoring market since 2003.

IBM’s current application monitoring solution introduced in 2018, IBM Cloud App Management, is a cloud-native app with the capability to be deployed on both on-premises or in the cloud.

Previously IBM’s Application monitoring portfolio included numerous products, from which IBM has now simplified and shifted its focus only on cloud-native architectures.

From the cloud-native app runtimes, the CAM solution can harvest metrics and traces by focusing on lightweight data collectors with the help of a single web-based UI having configurable dashboards.

IBM, in 2019 was able to derive a revenue between $100 million and $250 million from current and legacy APM tool sales.

The Oracle Management Cloud (OMC) applications are offered as a SaaS product, but customers can choose EM for on-premises deployment.

Oracle has added the ability to add custom instrumentation to non-Oracle technologies, support for a synthetic transaction recorder to complement existing support for Selenium, Kafka Monitoring, clustering for outlier detection, and control over the storage of personally identifiable information (PII).

In 2019, Oracle derived revenue between $50 million and $100 million from APM suites sales.

This Solingen, Germany based private company is an APM insight solutions provider offering a single APM product called Instana APM that can be deployed as SaaS and on-premises.

Instana lacks broad support for various legacy environments, due to which the company’s reach is limited to hybrid enterprises.

Instana, in the year 2019, was able to raise a revenue of less than $50 million by APM sales, excluding professional services.

SolarWinds, a public company, headquartered in Austin, Texas, entered the APM market following its acquisition of SaaS based APM assets from Loggly, AppNeta, and Pingdom.

The company offers infrastructure software applications with core capabilities in APM, synthetics with Pingdom, infrastructure monitoring with AppOptics, and log analytics with Loggly.

AppOptics, Loggly, and Pingdom enjoy the company’s consolidated APM offerings, which have been given to Application and Server Monitoring for the past seven years. The company free trial.

The company generated revenue between $50 million and $100 million in 2019 by sales of APM suites.

Based in Beijing, China, Tingyun is a private company that provides APM and DEM tools and other offerings such as monitoring support for WeChat mini-programs.

In 2019, Tingyun generated less than $50 million in revenue from APM suites sales.

ManageEngine is a division of the IT management private company Zoho headquartered in India, offering APM solution in flagship products such as Applications Manager (on-premises) and Site24x7 APM Insight (Saas).

From APM suites, ManageEngine generated revenue between $50 million and $100 million in 2019.

As part of its ITOM portfolio, it offers a broad collection of monitoring tools such as primary support for modern and legacy environments.

Micro Focus has shifted its ITOM efforts towards Operations Bridge (OpsBridge), which collects topology, events, and metrics and Collect Once Store Once (COSO) Data Lake that ingests data from company and other third-party monitoring data sources. Both of these work in conjunction.

In 2019 the company’s estimated revenue from APM suites sales was between $50 million and $100 million.

With the deployment of multi-cloud platforms for the app, various vendors are likely to step into this market.

However, the three huge public cloud service providers’ entrance – Google, Microsoft, and Amazon – is yet to be seen in the market with a multi-cloud APM solution. 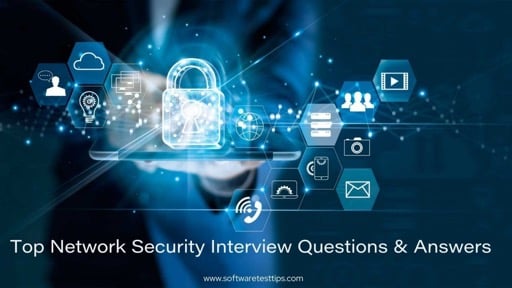 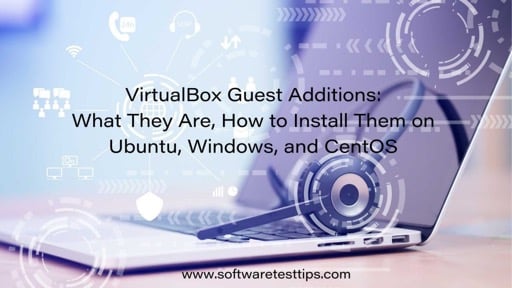 VirtualBox Guest Additions: What They Are, How to Install Them on Ubuntu, Windows, and CentOS 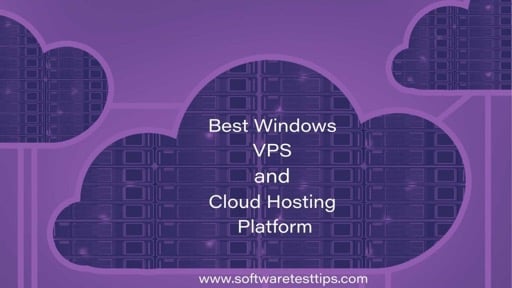 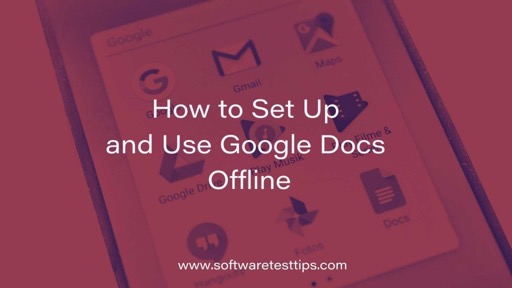 How to Set Up and Use Google Docs Offline 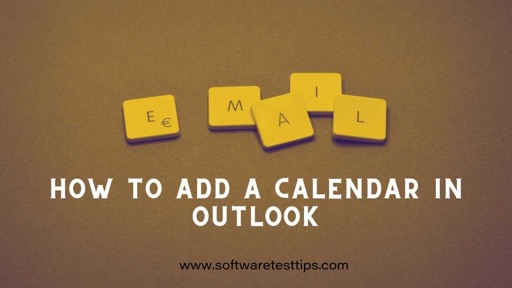 How to add a calendar in Outlook 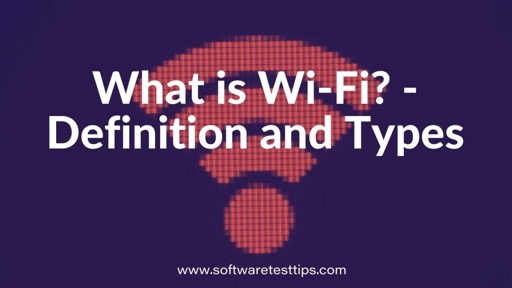 What is Wi-Fi? – Definition and Types